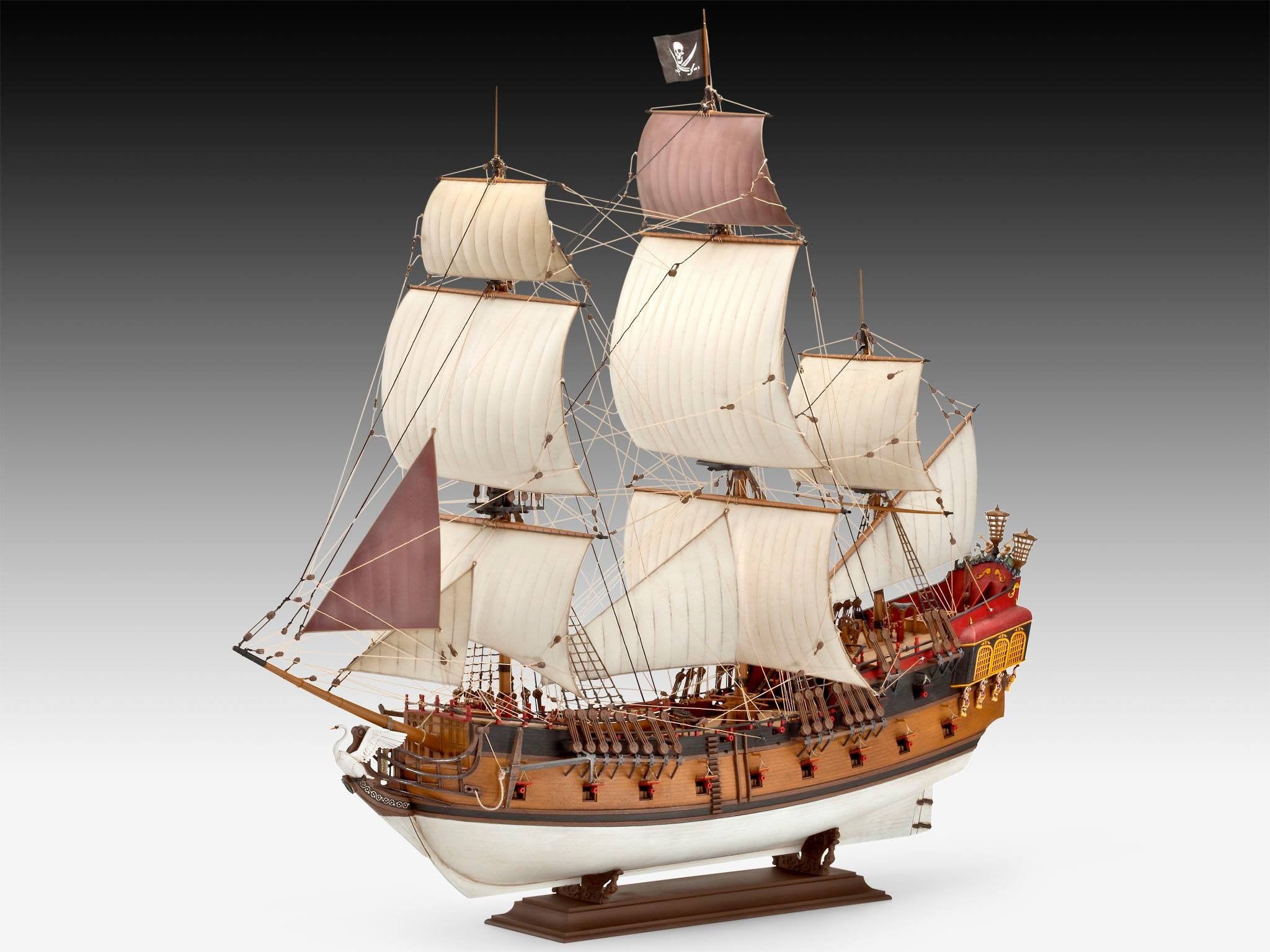 Even today people fall under the spell of piracy.

Who does not know those tales from the 16th to the 18th centuries when the lawless pirates plied their evil trade, particularly in the Caribbean and off the coasts of South America.

Insidiously they attacked ships in the search for gold, silver and coins and then disappeared under cover of darkness.

The pirates stowed their booty in safe hiding places on one of the many small secluded islands.

There they also sought refuge from the Spanish, British and Portuguese warships.

The pirates were a law unto themselves. Their badge was the Jolly Roger the pirate flag known throughout the world.

Details of this kit:

10 x 17ml Vallejo model paints. Vallejo paints are supplied in plastic bottles of 17ml with an eyedropper device which keeps paint from drying and prevents spills. The model color range has been specifically developed for adherence on difficult surfaces such as metal and plastic, but the product is not toxic, not flammable, and does not give off noxious fumes.