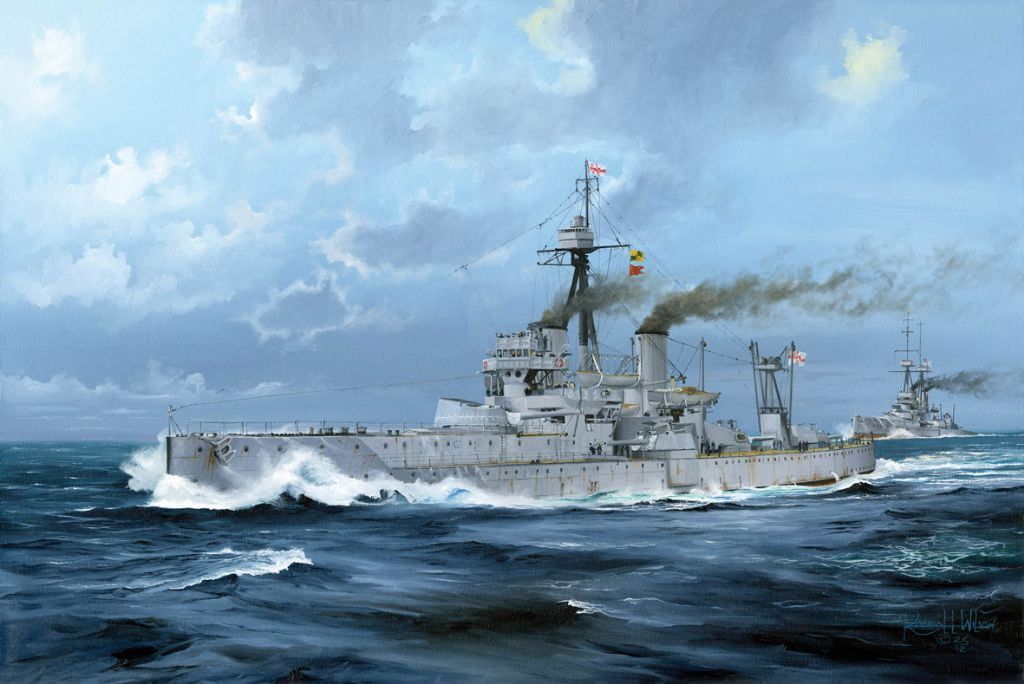 A detailed model kit of the landmark HMS Dreadnought, representing an important watershed in battleship size, firepower and technology.

This kit builds a model of the ship in late WW1 condition from around 1918.

Completed in 1907 as a new type of 'super battleship' HMS Dreadnought led the warship design concept which took her name and triggered the super battleship arms race through the First World War, finally ending with the loss of the Yamato to the new dominant force, the aircraft carrier.
HMS Dreadnought served with the the Home Fleet until 1912. Missing action at Jutland due to scheduled maintenance, but sinking the German submarine U-29 in the North Sea HMS Dreadnought was assigned to patrol the Thames estuary for much of the war. Transferred to the reserve in 1919 HMS Dreadnought was scrapped in 1921.