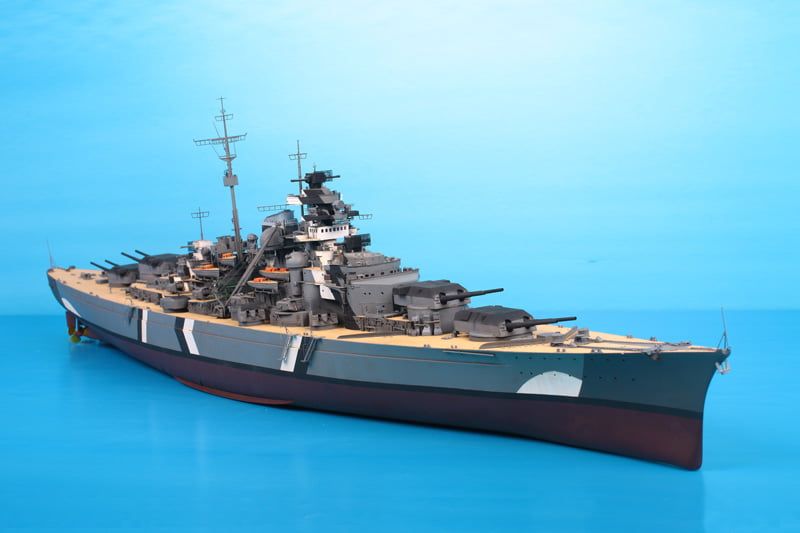 One of Hobbies best selling plastic kits. Great attention to detail on this 1/200th scale.

The Bismarck was the most infamous German battleship in World War II.

Bismarck was a symbol of Nazi Germany's new Navy, well armed and heavily armoured, known as "the unsinkable sea fortress", however it was sunk on its first combat mission.

In its first engagement of the war, in the Denmark Strait, the Bismark sank the Battle Cruiser HMS Hood, the pride of the British fleet.

While heading for the port of Brest for minor repairs, Swordfish torpedo bombers, from the aircraft carrier Ark Royal launched an attack and damaged the Bismarck's rudder, preventing it from manouvering. The next morning battleships from the Home fleet pounded the Bismarck for nearly two hours before she sank.

16 x 17ml Vallejo model paints. Vallejo paints are supplied in plastic bottles of 17ml with an eyedropper device which keeps paint from drying and prevents spills. The model color range has been specifically developed for adherence on difficult surfaces such as metal and plastic, but the product is not toxic, not flammable, and does not give off noxious fumes.