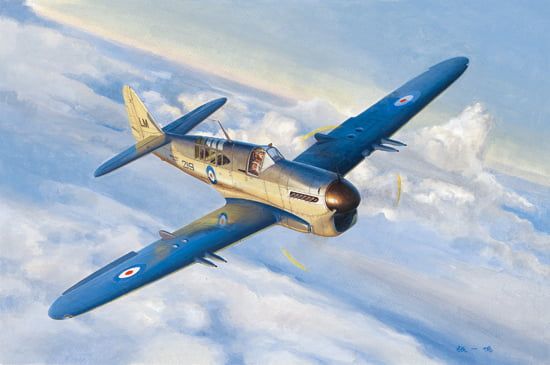 The Firefly remained in Fleet Air Arm service until 1956 when succeeded by the Fairey Gannet. Various overseas naval forces used Firefly modified as target tugs and target drones until approx 1962.

Starter Paint Pack Includes:
5 x 17ml Vallejo model paints. Vallejo paints are supplied in plastic bottles of 17ml with an eyedropper device which keeps paint from drying and prevents spills. The model color range has been specifically developed for adherence on difficult surfaces such as metal and plastic, but the product is not toxic, not flammable, and does not give off noxious fumes.