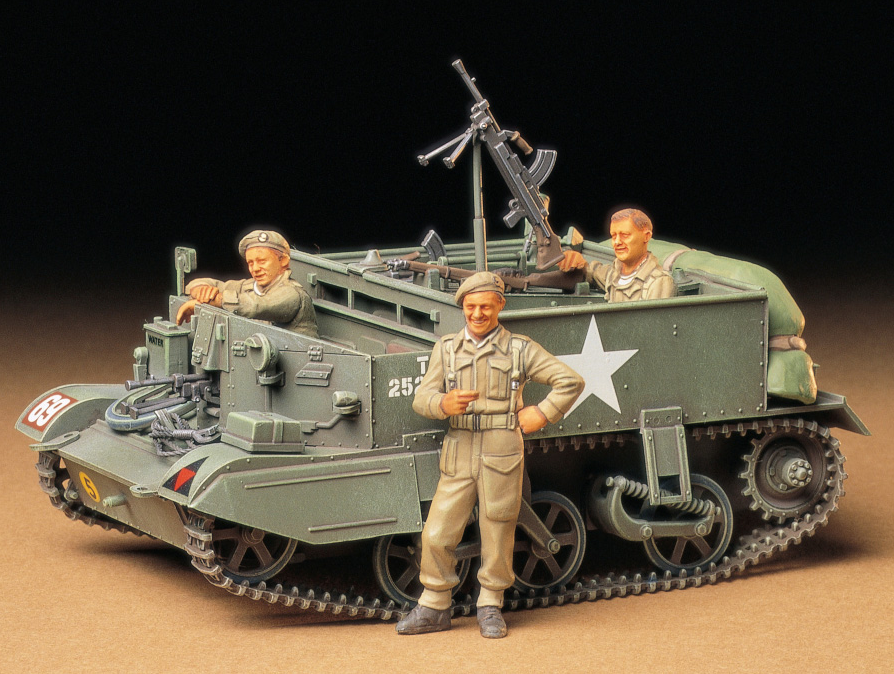 The Ford V-8 cylinder engine was able to produce 85 BHP and provided a top speed 48km/h.

Most typically, it carried a Czech designed .303 inch Bren light machine gun (modified and manufactured by Enfield), plus small fire arms. With its high mobility and adaptability, the Universal Carrier proved satisfactory throughout the conflict, from the African desert to the European campaign.

The Universal Carrier had an open top crew compartment on either side of the engine compartment, and had a lightly armored superstructure. 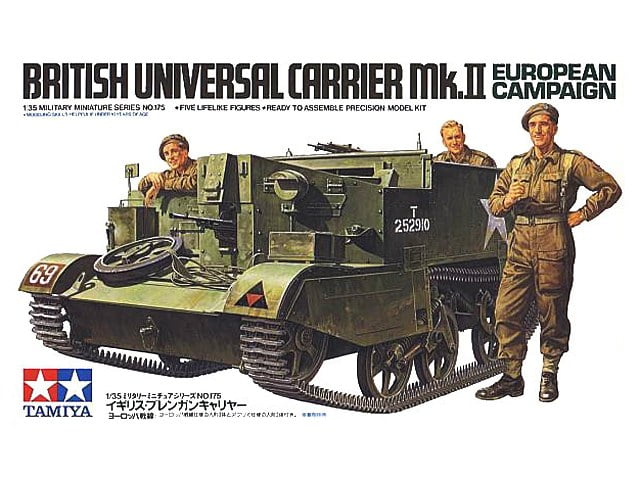