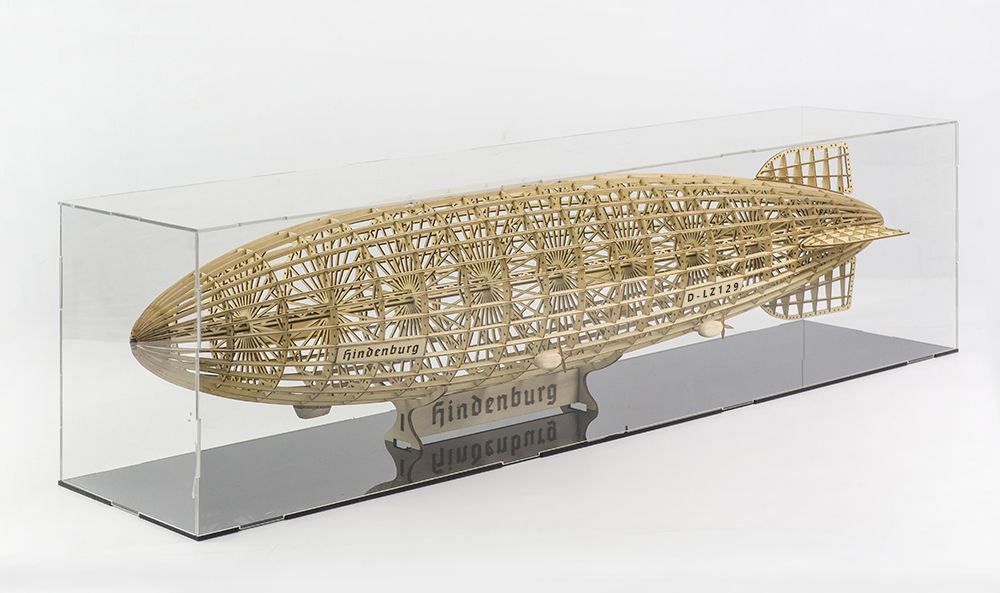 The Hindenburg, a giant in size and grandeur, first emerged from its shed in Friedrichshafen, Germany on March 4, 1936. After only a few test flights, the Hindenburg was ordered by the Nazi propaganda minister, Dr. Joseph Goebbels, to accompany the Graf Zeppelin over every German city with a population over 100,000 to drop Nazi campaign pamphlets and to blare patriotic music from loudspeakers. The Hindenburg's first real trip was as a symbol of the Nazi regime.

On May 6, 1936, the Hindenburg initiated its first scheduled transatlantic flight from Europe to the United States.

Please note: due to the length of this item, it has to be sent via courier service and will therefore attract maximum postage charges.

At Hobbies we have selected the two glues that we would use for building any wooden model kit. Plus you save by buying them together!

Speedbond: Special modelling PVA that contains no fillers and has a unique solvent chemistry for faster drying and is superior to many D.I.Y PVA glues. (Larger bottle available Ref:AD11)