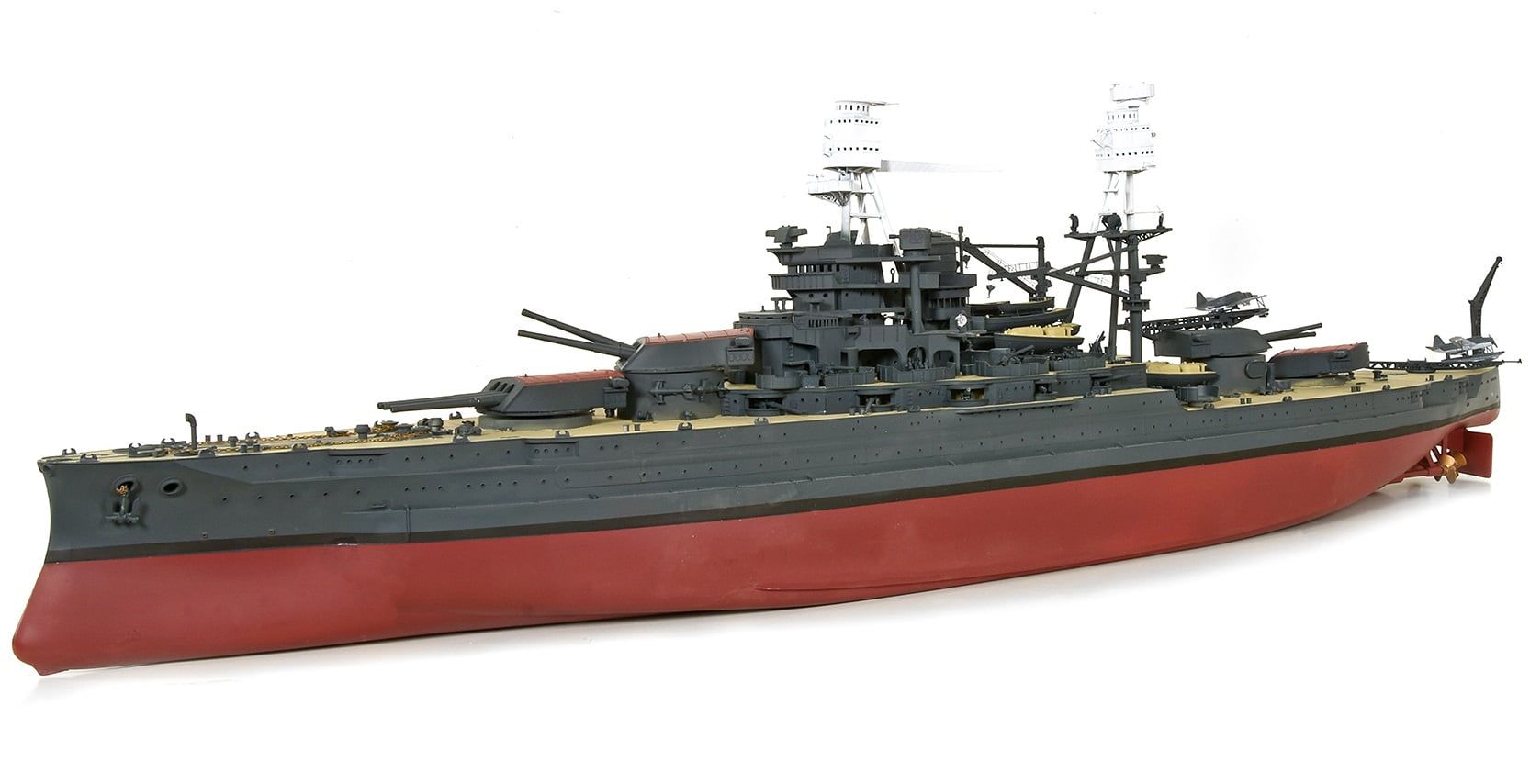 £3.99
Out of stock
Notify Me
Details
Delivery
Why Buy From Us?

The kit comes with working mechanical turrets, gun fire sounds, smoke, lights and sound. Including all electronics, battery, charger and a 13 channel transmitter.

Superstructure needs assembling just like similar battleships of this scale, but all the electrics are almost already set up!

USS Arizona was a Pennsylvania-class battleship built for the United States Navy in the mid-1910s. Named in honour of the 48th state's recent admission into the union, the ship was the second and last of the Pennsylvania class of 'Super-Dreadnought' battleships. During the Japanese attack on Pearl Harbor on 7 December 1941, Arizona was bombed. She exploded and sank, killing 1,177 officers and crewmen, an event that brought the about U.S. involvement in World War II. 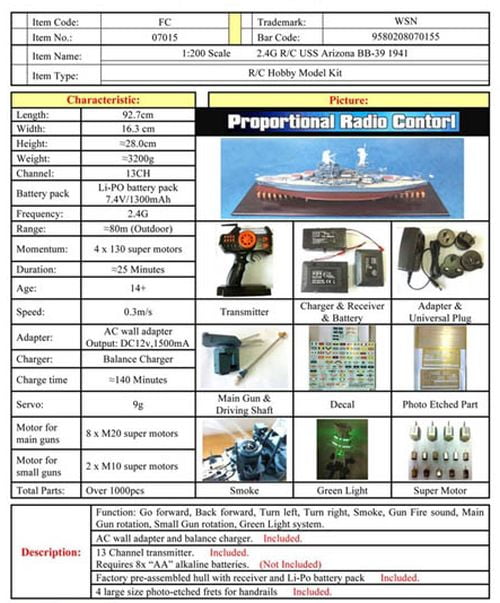