The Fieseler Fi 103 which was better known as the V-1, Buzz Bomb or the Doodlebug, was an early pulse-jet powered predecessor of the cruise missile.

It was developed at Peenemunde Airfield by the German Luftwaffe during World War II and during initial development was known by the codename "Cherry Stone". The first of the so-called Vergeltunswaffen series designed for terror bombing of London, the V-1 was fired from "ski" launch sites along the French (Pas-de-Calais) and Dutch coasts. The first V-1 was launched at London on 13 June 1944, a week after the successful Allied landings in Europe.

At its peak, more than one hundred V-1's a day were fired at southeast England, 9,521 in total.

The V-1 is moulded into 8 parts: the fuselage halves (which have the rudder and pulse engines moulded in), the wings, elevators, engine nose cone and air intake fan.

The cradle dolly that you set the V-1 on is made up of 9 parts: 2 tow bar handles, 4 wheels, upper and lower framework.

The decal sheet provides a multitude of excellent stencil markings.

This will make up into a very nice model of the V-1 and with only 17 parts, this makes a perfect week-end build project.

Glue and paints not included.

Starter Paint Pack Includes:
17ml Vallejo model paints. Vallejo paints are supplied in plastic bottles of 17ml with an eyedropper device which keeps paint from drying and prevents spills. The model color range has been specifically developed for adherence on difficult surfaces such as metal and plastic, but the product is not toxic, not flammable, and does not give off noxious fumes. 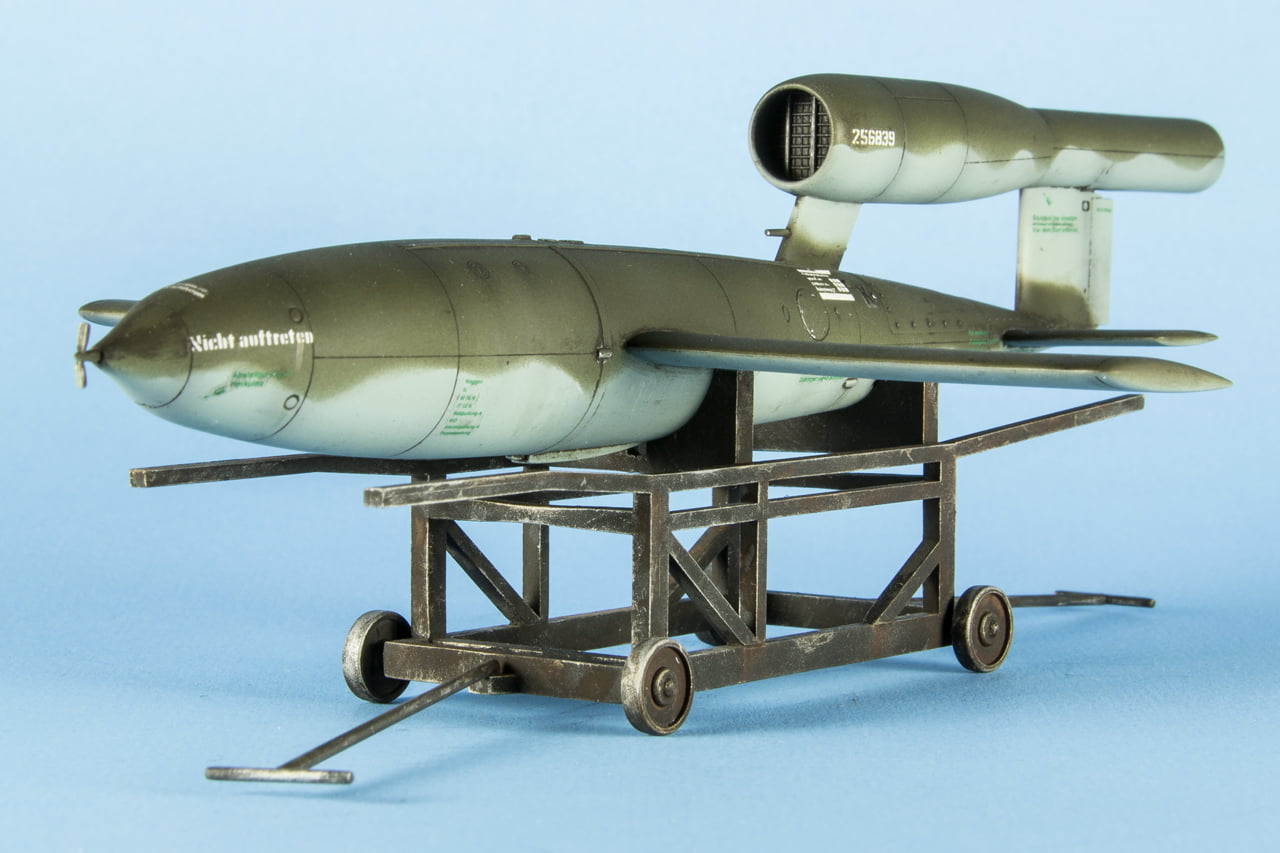