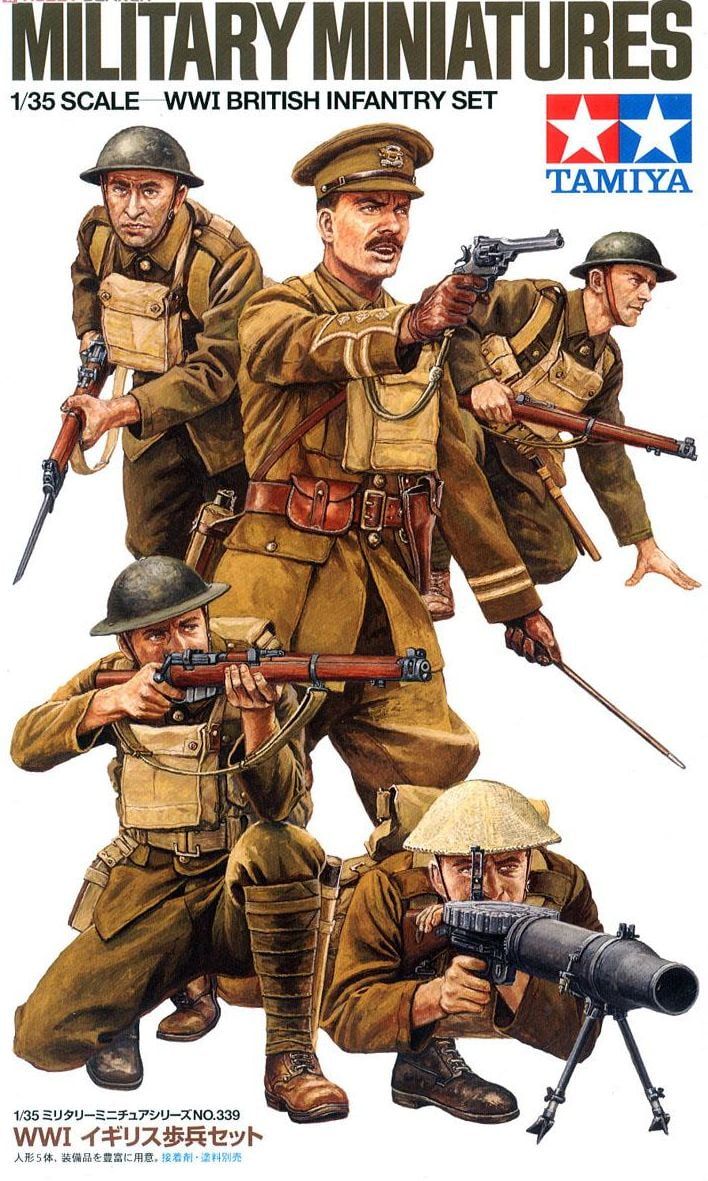 This set of 5 adaptable figures depicts British infantry from WWI in realistic pose, including an officer, machine gunner and 3 riflemen.

Rifles feature optional bayonet parts, while helmets can be attached with or without canvas cover.

These figures are perfect for use with WWI models.

British infantry in WWI were issued with Pattern 1902 uniform and Pattern 1908 webbing to be worn over the top.

Both were manufactured in khaki for camouflage reasons. On their lower legs, infantrymen wore puttees and officers leggings.

From the middle of the conflict, steel helmets were distributed and often had canvas covers to reduce reflection.