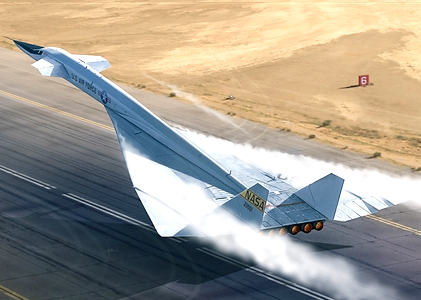 Histroy of the Valkyrie

In the Cold War era the dream of every strategist was to own a bomber with the load capacity and autonomy of the B-52, able to fly faster than the B-58, and so the B-70 programme came into being. After years on the drawing board, and cutthroat competition between Boeing and North American Aviation, the latter’s design won the heated competition in December 1957, with an order for the first 30 aircraft to be in service by 1965. In 1959, however, it became clear that the still untested B-70 would not survive the new aerial combat scene technology and the programme was cut back to a minimum. Two prototypes were finally constructed, the first of which took to the air in September 1964, and the XB-70 Valkyries showed themselves able to fly at speeds exceeding Mach 3. Today they are considered by many airplane buffs to be the most beautiful aircraft ever constructed.

Starter Paint Pack Includes:
3 x 17ml Vallejo model paints. Vallejo paints are supplied in plastic bottles of 17ml with an eyedropper device which keeps paint from drying and prevents spills. The model color range has been specifically developed for adherence on difficult surfaces such as metal and plastic, but the product is not toxic, not flammable, and does not give off noxious fumes.