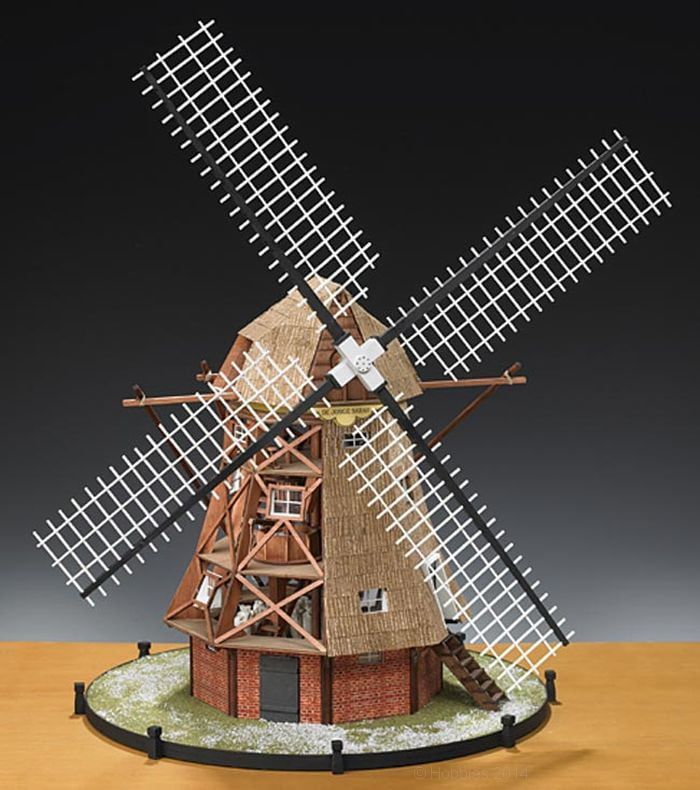 Amati’s version of the Dutch Windmill is an authentic reproduction of a Dutch gristmill. It’s complete with working gears that actually turn the vanes. The kit features laser cut wooden parts and a building slip for easy assembly.

Fittings include brass rods, nails and rivets, thread and photo-etched brass detailing. Straw roof covering, metal levers for the grindstone motor, clear acetate for windows and printed coverings for the floor, brick exterior and front decorations add life-like realism. Be in no doubt, this is one of the finest model kits available, and can easily be described as 'museum-quality'.

Windmills have been around for at least 1300 years. In Europe, windmills were developed in the middle ages. They were mounted on city walls and could not be turned into the wind. Because fixed mills did not suffice for regions with changing wind directions, mill types that coud be turned into the wind were developed. With some subsequent developments mills become versatile in windy regions for all kind of industry, most notably grain grinding mills, sawmills, pumping mills. 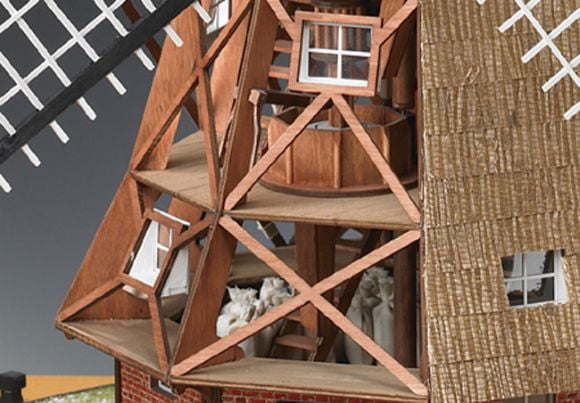 In its heyday, there were over 9000 windmills in the Netherlands. Today there are less than 1000 still in existence. Windmills have been used for hundreds of years, bringing together both beauty and practicality to the community.

Since ancient times man has harnessed the power of the wind to provide motive power for transportation. Likewise, the technique of grinding grain between stones to produce flour is similarly ancient and widespread.

Quite where and when these two powers come together in the first windmill is still unknown, but one likely scenario suggests a Persian origin, from where (tradition has it) the knowledge spread back into Northern Europe as a result of the Crusades. (Of course wind was not the first non-human powersource applied to the task of grinding corn- it was preceeded by both animal power and in all probability by water power).

European millwrights became highly skilled craftsman, developing the technology to its limits, and as Europeans set off colonizing the rest of the globe, windmills spread through the world.

The pinnacles of the windmill design include those built by the Dutch who used these structures extensively to pump water as well as grind flour; the British were also involved with windmill mechanical development such as "automatic control" mechanisms over the centuries.

As steam power developed, the more temperamental power of the wind became less economically viable, and we are left today with a tiny fraction of the elegant structures that once extracted power from the wind. www.alwayshobbies.com
These remaining windmills scattered throughout the world, are an historic and very photogenic reminder of a past technological age. 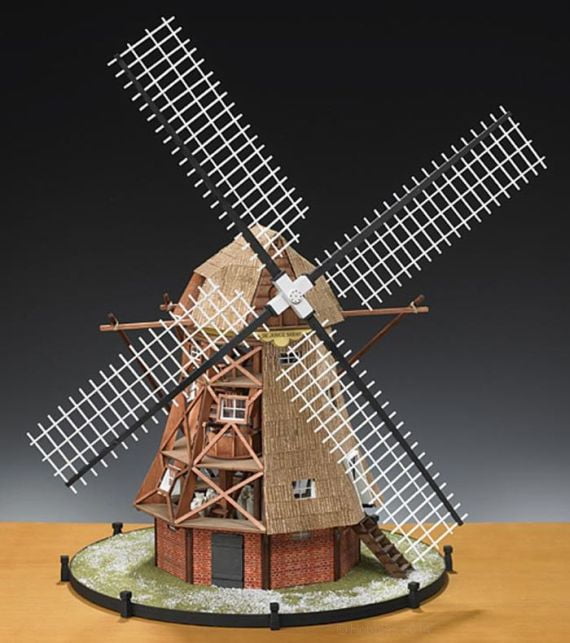