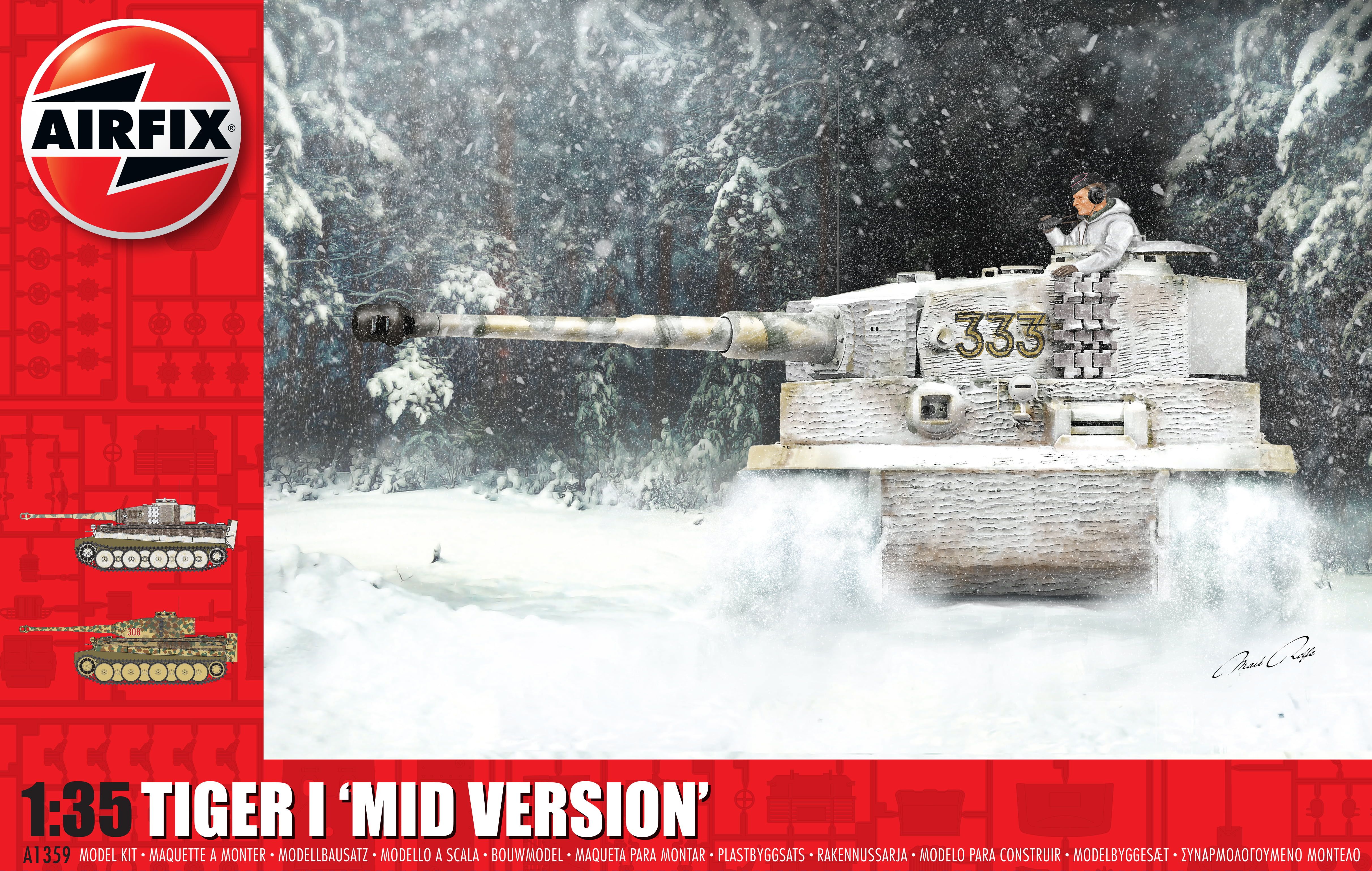 The Tiger I was a German heavy tank of World War II deployed from 1942 in Africa and Europe, usually in independent heavy tank battalions. Its final designation was Panzerkampfwagen VI Tiger Ausf. E often shortened to Tiger. The Tiger I gave the Wehrmacht its first armoured fighting vehicle that mounted the 8.8 cm KwK 36 gun. 1,347 were built between August 1942 and August 1944.

It carried a crew of 5 (driver, radio operator, gunner, commander and loader), and was powered by a water-cooled V-12 engine, taking to speeds up to 28 m.p.h. (45 k.m.p.h.), and alonng with its feared main weapon carried two 7.92mm MG-34 machine guns, used in close combat situations.

While the Tiger I has been called an outstanding design for its time, it was arguably over-engineered using expensive materials and labour-intensive production methods. The Tiger was prone to certain types of track failures and breakdowns, and was limited in range by its high fuel consumption. It was expensive to maintain, but generally mechanically reliable.  Also being difficult to transport, and vulnerable to immobilisation when mud, ice, and snow froze between its overlapping and interleaved Schachtellaufwerk-pattern road wheels, often jamming them solid, made the effectiveness of this fearsome weapon less potent. This was a problem on the Eastern Front in the muddy spring season and during periods of extreme cold.

The tank was given its nickname "Tiger" by Ferdinand Porsche, and the Roman numeral was added after the later Tiger II entered production. The initial designation was Panzerkampfwagen VI Ausführung H (‘‘Panzer VI version H’’, abbreviated PzKpfw VI Ausf. H) where 'H' denoted Henschel as the designer/manufacturer. It was classified with ordnance inventory designation SdKfz 182.  The tank was later re-designated as PzKpfw VI Ausf. E in March 1943, with ordnance inventory designation SdKfz 181.  Mid-production Tiger I's have the second design turret with the smaller cupola but retain the rubber-rimmed roadwheels.

These Airfix model kits will require paints and glue to complete.