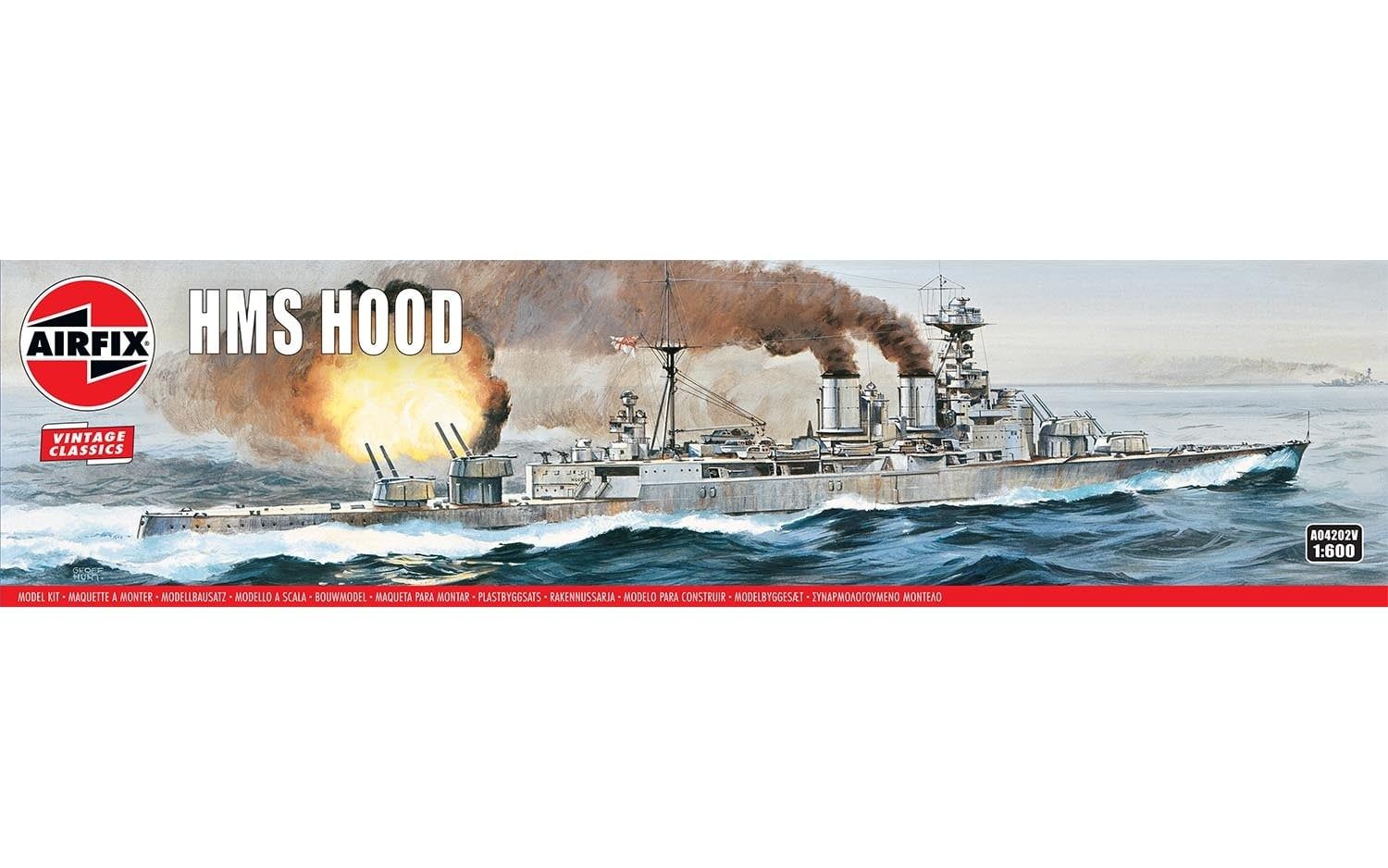 HMS Hood (pennant number 51) was the last battlecruiser built for the Royal Navy. When war with Germany was declared, Hood was operating in the area around Iceland, and she spent the next several months hunting for German commerce raiders and blockade runners between Iceland and the Norwegian Sea. Hood was later dispatched to Scapa Flow, and operated in the area as a convoy escort and later as a defence against a potential German invasion fleet in May 1941. After making contact with the German battleship, the Bismarck, she, with HMS Prince of Wales, opened fire. The Bismarck returned fire and with her 5th salvo, hit the Hood a fatal blow and she sunk within three minutes. Only three crew from her total of 1,500 survived. Due to her publicly perceived invincibility, the loss affected British morale.

The Royal Navy conducted two inquiries into the reasons for the ship's quick demise. The first, held soon after the ship's loss, concluded that Hood's aft magazine had exploded after one of Bismarck's shells penetrated the ship's armour. A second inquiry was held after complaints that the first board had failed to consider alternative explanations, such as an explosion of the ship's torpedoes. It was more thorough than the first board and concurred with the first board's conclusion. Despite the official explanation, some historians continued to believe that the torpedoes caused the ship's loss, while others proposed an accidental explosion inside one of the ship's gun turrets that reached down into the magazine. Other historians have concentrated on the cause of the magazine explosion. The discovery of the ship's wreck in 2001 confirmed the conclusion of both boards, although the exact reason the magazines detonated is likely to remain unknown since that area of the ship was destroyed in the explosion.