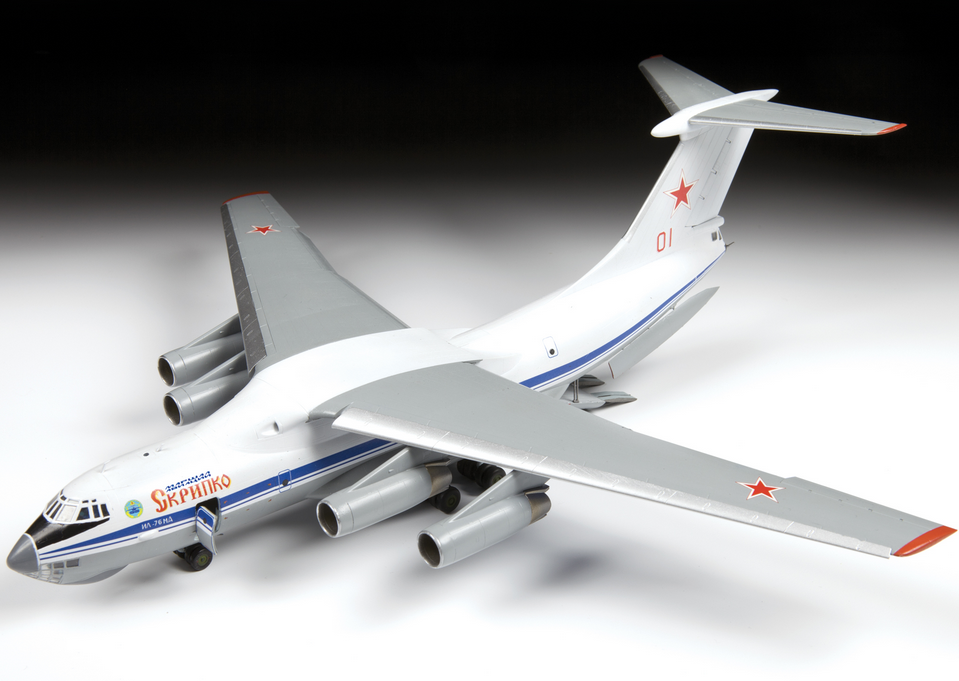 Il-76 – the main military transport aircraft of the USSR and Russia, having made the first flight in 1971, it still has not lost its importance and undergoes constant modernizing.

It has obtained more than 20 world records for load capacity and speed. The IL-76 is the standard plane of the Russian Airborne Forces and is capable of dropping an entire range of airborne vehicles and more than 100 paratroopers. EW systems installed on board are hardly inferior to those on modern fighters. Armament consists of two 23-mm guns.

The IL-76 is equipped with bombing equipment and, if necessary, can take up to 20 tons of various bombs on board.

This transport plane is also used a lot for humanitarian aid worldwide, especially due to its high payload and the ability to operate from unpaved airfields.

Starter Paint Pack Includes:
4 x 17ml Vallejo model paints. Vallejo paints are supplied in plastic bottles of 17ml with an eyedropper device which keeps paint from drying and prevents spills. The model color range has been specifically developed for adherence on difficult surfaces such as metal and plastic, but the product is not toxic, not flammable, and does not give off noxious fumes.