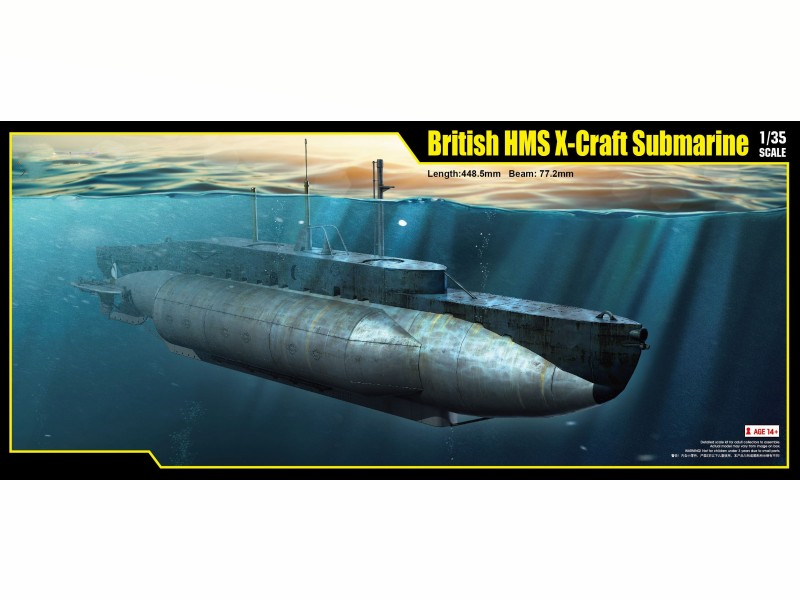 X-Craft was a Midget Submarine developed by the British Royal Navy for Special Warfare.

It was powered by a 42 hp diesel engine for surface sailing and a 30 hp electrical power engine for submerged propulsion.

The boat had 4 watertight compartments and had removable high explosive packs mounted on both sides of the hull.

On September 20, 1943, six X-Craft submarines were used in an attack on German warships in the port in Norway.

Only 2 X-Craft succeed in detonating their loads and inflicted enough damage to German battleship “Tirpitz” and kept her out of commission until April, 1944.

3 x 17ml Vallejo model paints. Vallejo paints are supplied in plastic bottles of 17ml with an eyedropper device which keeps paint from drying and prevents spills. The model color range has been specifically developed for adherence on difficult surfaces such as metal and plastic, but the product is not toxic, not flammable, and does not give off noxious fumes.