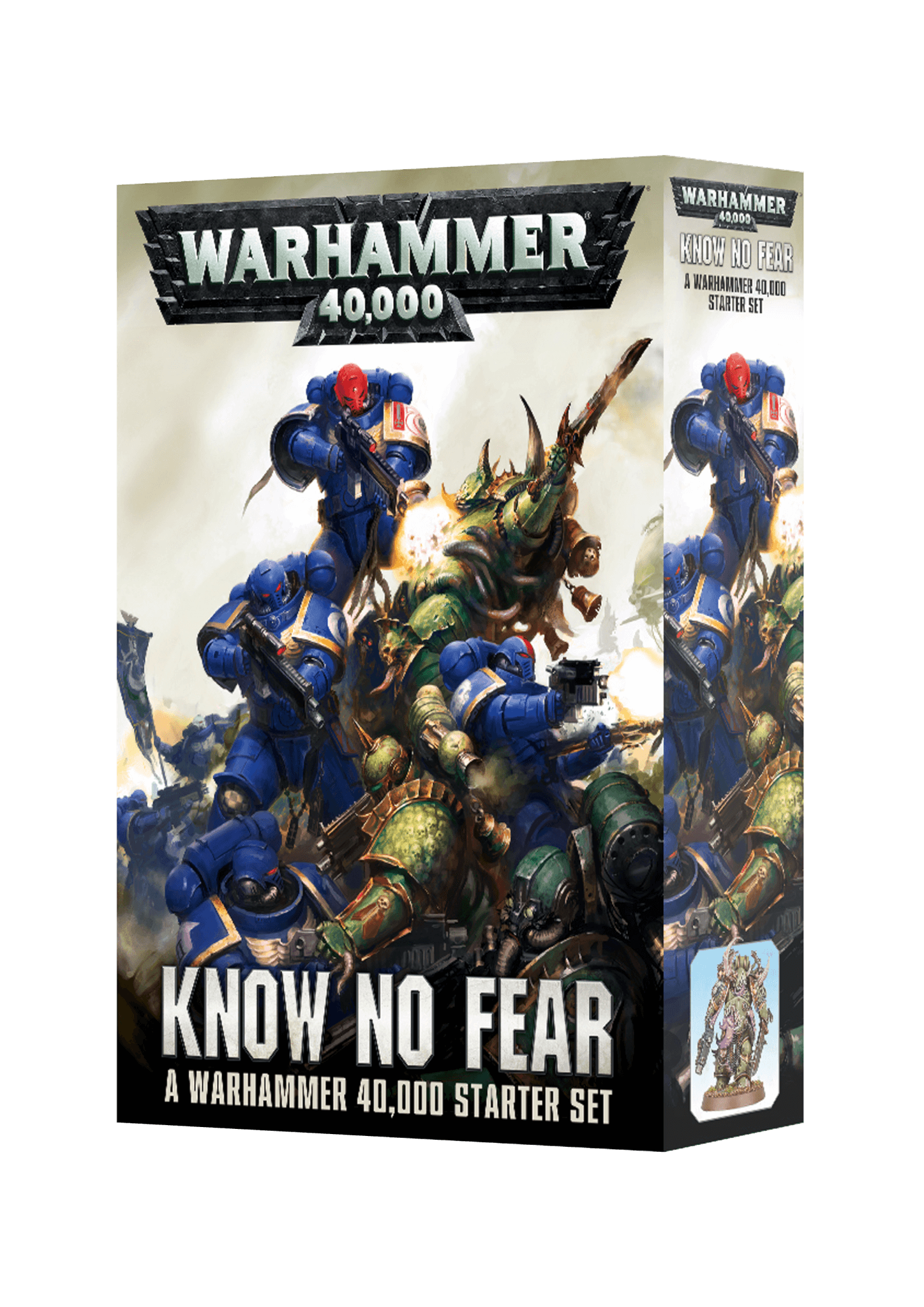 £50.00
Out of stock
Notify me
Details
Delivery
Why Buy From Us?

Containing 31 Primaris Space Marines and Death Guard miniatures, Know No Fear is a fantastic starting point for the newcomer to the Warhammer 40000 hobby – an exciting fusion of collecting, painting and playing with highly detailed Citadel miniatures. Contained within this fully-packed box is everything needed to take you through the process of learning to play games of Warhammer 40000 – miniatures, rulebooks, scenery, a gaming mat, right down to the dice and rulers:

31 detailed plastic Citadel miniatures from the Primaris Space Marines and Death Guard range, in blue and green plastic, ready for you to assemble:

Mighty warriors and fearless protectors of humanity, equipped with the greatest weapons and armour the Imperium can provide, the Space Marines are heroes one and all.

The Death Guard trudge inexorably into battle amidst the drone of endless swarms of flies. Bloated, rotten and riddled with disease, these revolting traitors are virtually immune to pain.