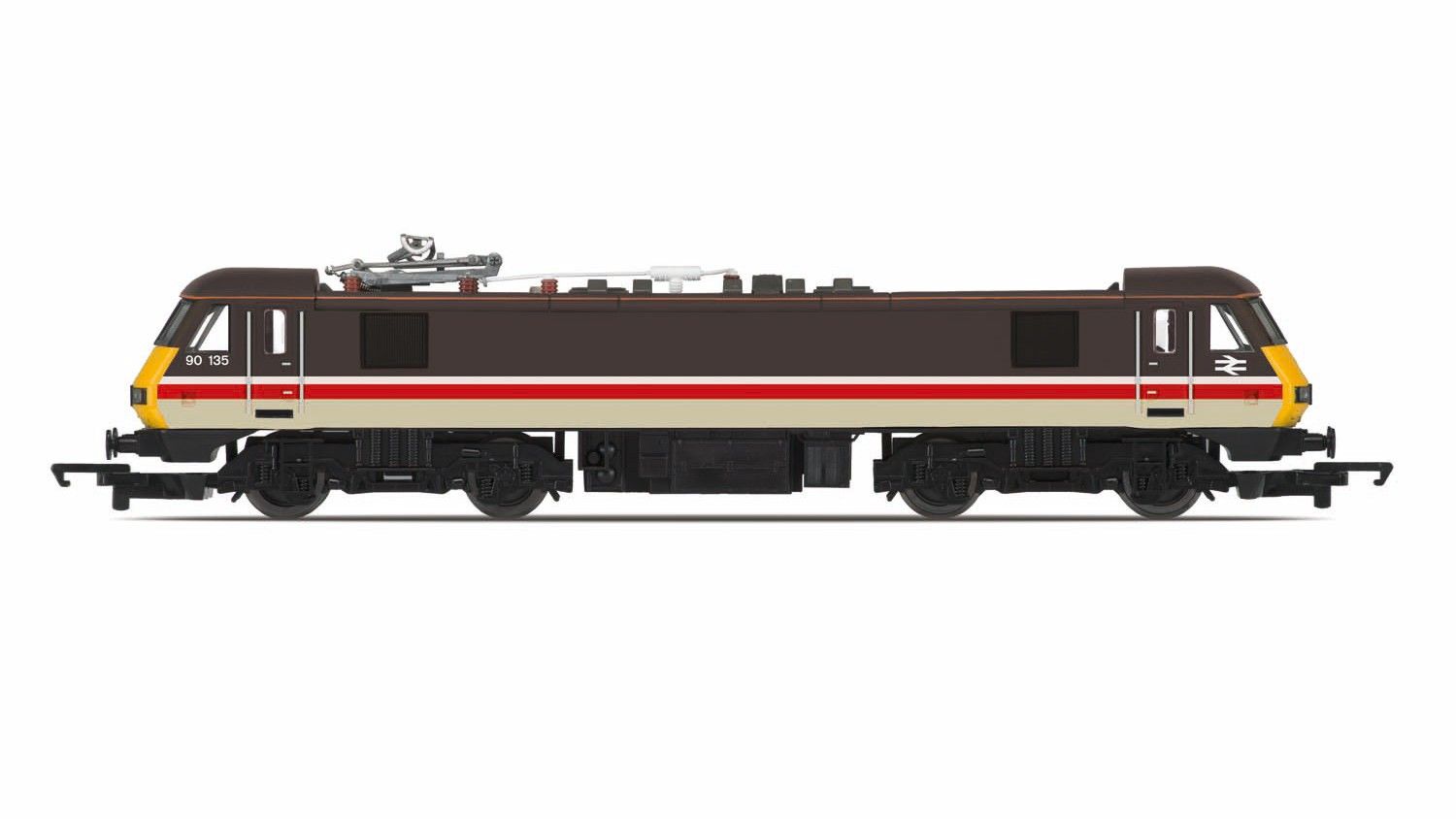 The original fleet size consisted of 50 locomotives, numbered 90001 through to 90050, although the original number sequence for the Class took the form of 87/2, a system that was short lived. The first locomotive, 90001, left Crewe Works on October 12, 1987 and went straight to Derby for testing, but it was July 1988 before the first passenger service was hauled.

A Time-Division Multiplexer (TDM) was fitted, enabling two or more locomotives to work as multiple units, this allowed a Class 90 to haul a push-pull passenger train, working with a Driving Van Trailer (DVT).

The original allocation of locomotives saw 90001 to 90025 working passenger services on the West Coast Mainline, along with cross country services from Euston, Manchester/Liverpool and Glasgow, as well as Manchester and Liverpool to Birmingham. As such, the Class 90s were the first new locomotives to carry the InterCity 21st Anniversary ‘Swallow’ livery. The remainder were assigned to freight duties, although it was not unusual at the time to see freight engines working both passenger duties, or vice versa.

The Hornby RailRoad collection provides a perfect entry into the exciting world of 00 gauge railway modelling. Designed to be less easily damaged, yet maintaining attractive detailing and accurate liveries, the range is ideal for both the younger enthusiast and experienced modeller.