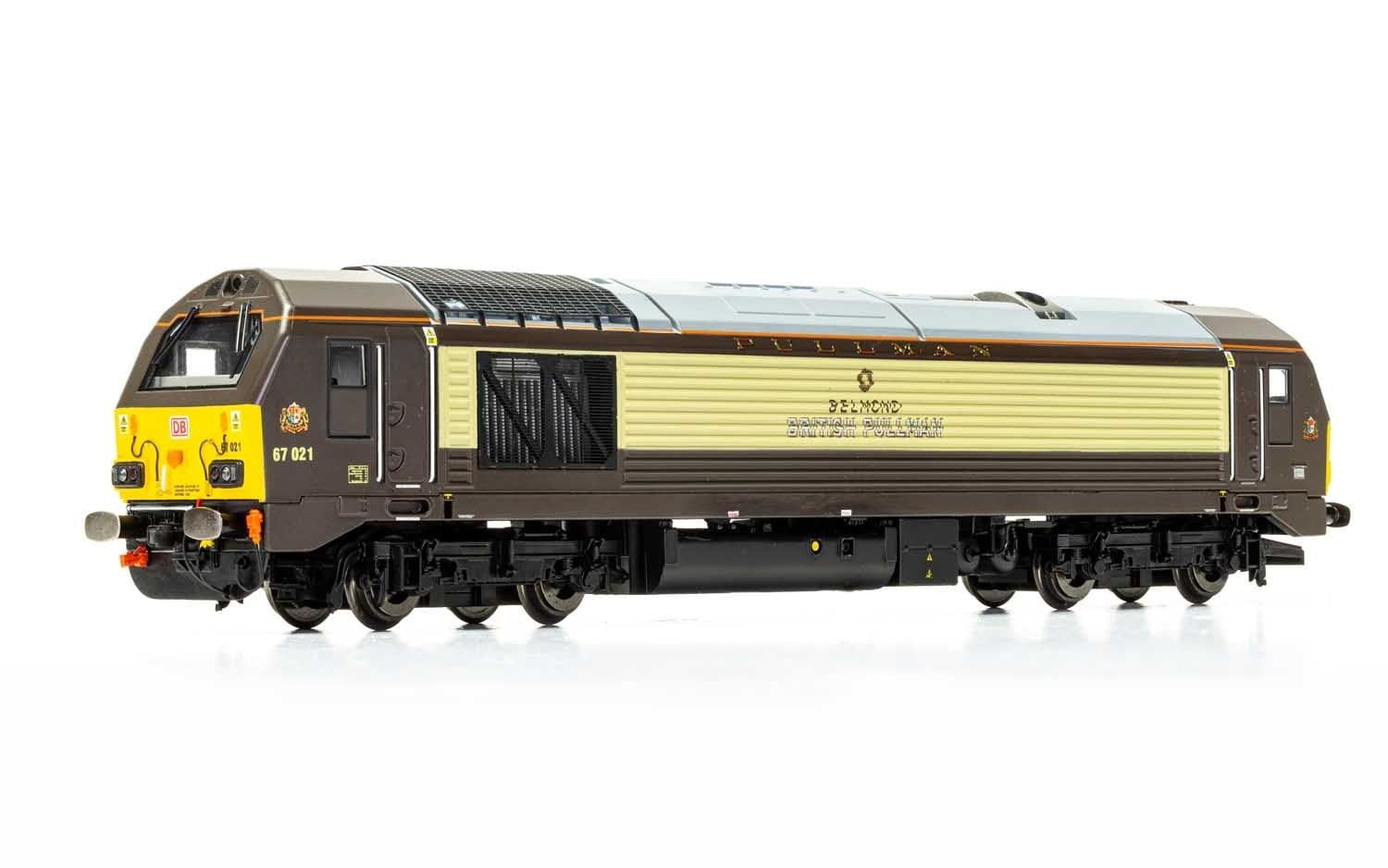 Operating out of London Victoria station, the Belmond British Pullman continues the tradition of luxury Pullman trains that have operated over Britain’s railway network and, as sister train to the Venice Simplon Orient Express, maintains the legacy of the Golden Arrow which first operated out of Victoria on 15 May 1929. Current destinations now include trips to the historic cities of Canterbury and Bath and imposing stately homes such as Chatsworth House and Longleat, with other trips celebrating special occasions such as Valentine’s Day. There are even celebrity chef dinners and Murder Mystery events to make each Belmond British Pullman trip unique.

Each of the eleven coaches of the Belmond British Pullman has been meticulously renovated to the very highest of standards, from the mahogany fittings and marquetry to the polished brass and hand-stitched fabrics. Every aspect of the Pullman experience has been carefully considered, even down to contemporary artisanal dining pieces made by William Edwards, purveyors of the finest bone china in England. At any given time, up to ten of the restored Pullman carriages are operated; being the six First Class Parlour Cars of Cygnus, Perseus, Minerva, Phoenix, Lucille and Zena and the five First Class Kitchen Cars of Ione, Ibis, Gwen, Vera and Audrey.

Hornby train packs offer the perfect way to build your oo gauge collection. Whether it's the romantic world of steam, utilitarian diesel electric range or our future-proofed DCC ready locomotives you desire, there is something to suit every layout. Remember, the DCC ready models can be run on any classic analogue Hornby train sets and are easily upgradable to work under full digital control with the aid of a DCC decoder, should you wish to upgrade. Look out for the blue DCC ready logo.