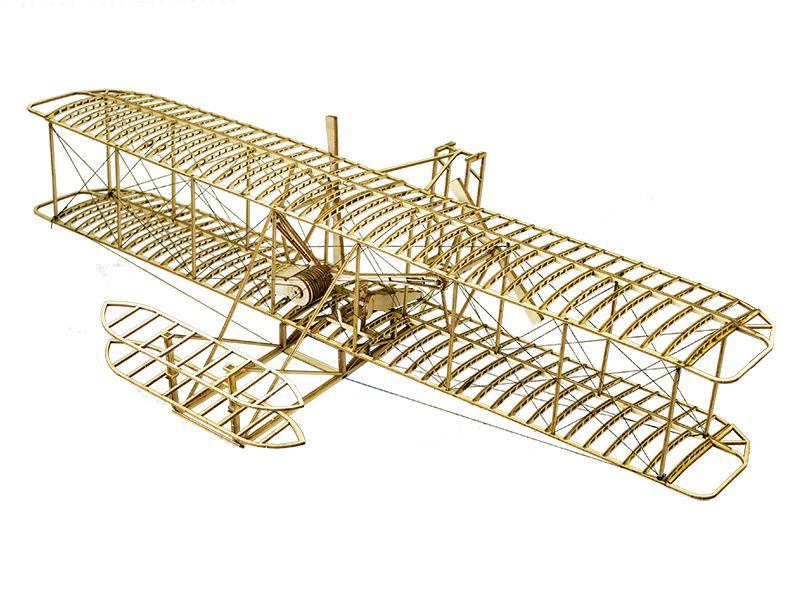 This plane is famously known for being the worlds first successful flight of a powered heavier-than-air flying machine. It was designed, built and tested by Orville and Wilbur Wright, the Wright brothers themselves. The Flyer was built in 1903 using giant spruce wood as their construction material. It was built based on the experience the brothers had through testing gliders at Kitty Hawk, North Carolina between 1900 and 1902. The 1902 glider was the last one they tested which led them to their design, the Wright Flyer.

On December 14th 1903, the brothers were ready to make their first attempt at a powered flight. They moved the Flyer to a nearby sand dune which had an incline, in hopes that it would help them to make a gravity assisted take off. On this first attempt, they only managed to cover 105 feet in 3 and a half seconds, due to the fact that Wilbur pulled up too sharply on the take off and stalled the plane before coming back down, however the plane did not sustain much damage and so was easy to repair.

Three days later, after they repaired the plane from their first attempt, they were ready to go again. December 17th 1903 was a windy day, with the winds averaging a speed of 20mph. The Wright brothers used this to their advantage and laid the launching rail on level ground, pointed into the wind. This provided them with the necessary airspeed needed to take off.

They made 4 attempts that day and on the last attempt, upon landing, the front elevator supports had broke. Once landed, a gust of wind tipped the plane, damaging it beyond any quick repair and after that day, it was never flown again.

At Hobbies we have selected the two glues that we would use for building any wooden model kit. Plus you save by buying them together!

Speedbond: Special modelling PVA that contains no fillers and has a unique solvent chemistry for faster drying and is superior to many D.I.Y PVA glues. (Larger bottle available Ref:AD11)