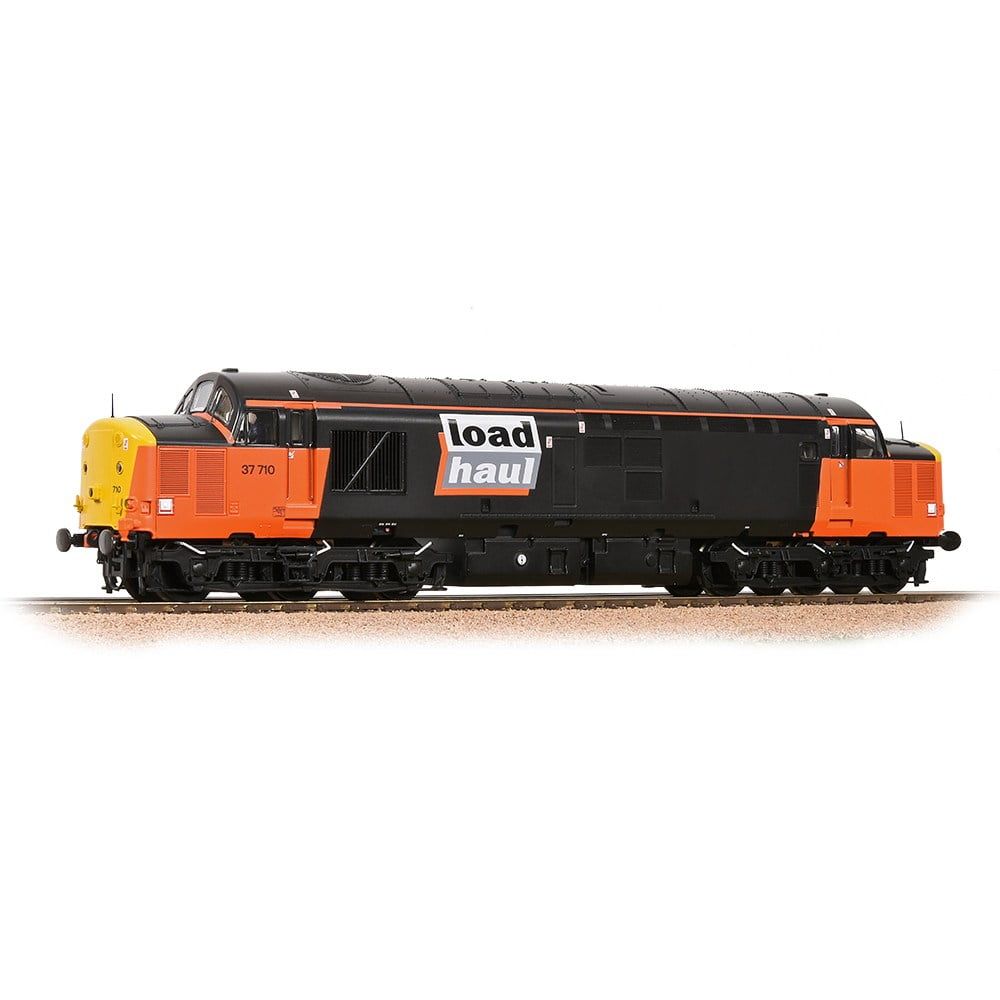 Presented by Bachmann in the attractive black and orange LoadHaul livery adopted by one of the BR freight companies created in the run up to privatisation, 37710 is an example of the locos modified to form the 37/7 ‘Heavyweight’ sub-class during the Class 37 life-extension programme of the late ‘80s.

As a dedicated block freight loco, it worked heavy oil trains in the North East whilst allocated to Immingham.

The former Class 37/0 retained its LoadHaul colours into the 2000s under EW&S ownership and was finally retired still wearing the long obsolete livery in late 2003, having been used latterly as a Sandite loco during that autumn’s railhead treatment operations.