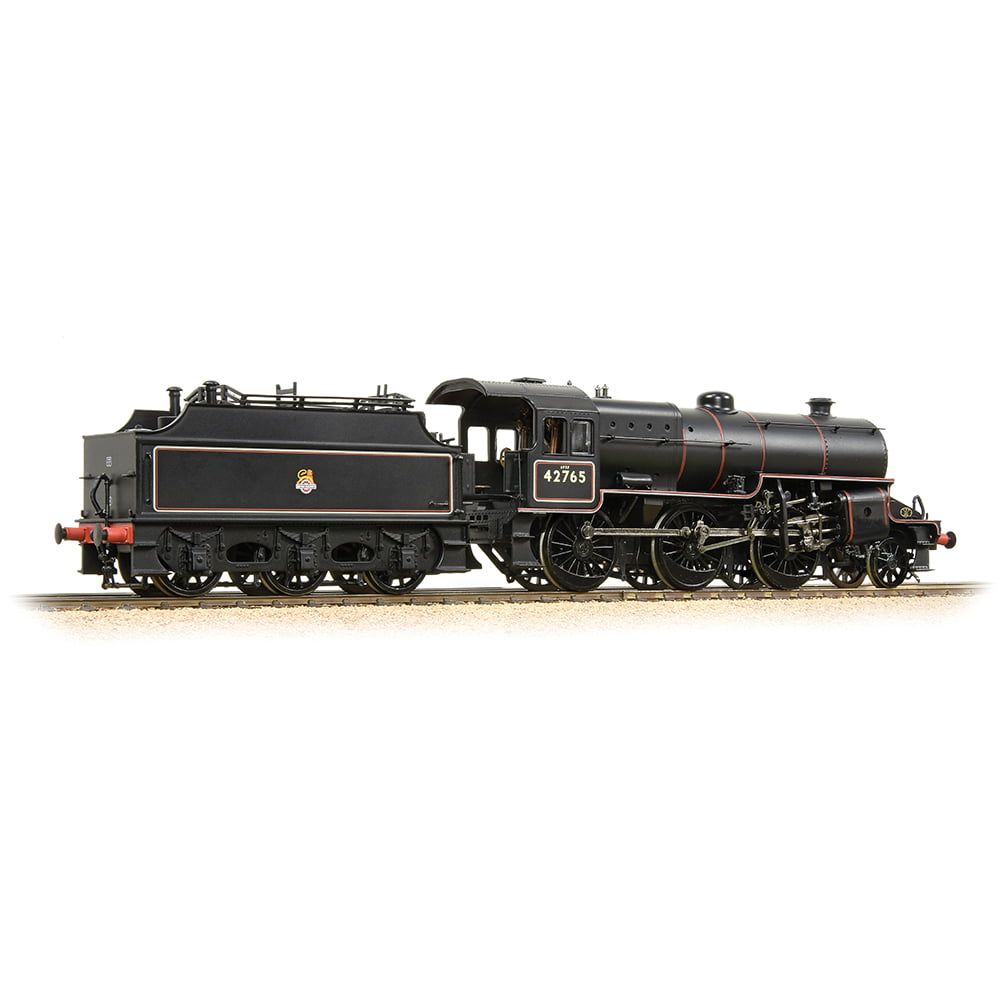 The London Midland and Scottish Railway (LMS) Hughes Crab or Horwich Mogul is a class of mixed traffic 2-6-0 steam locomotive, of which 245 were built between 1926 and 1932. They are noted for their ungainly appearance with large highly-angled cylinders conforming to a restricted loading gauge.

These locomotives were referred to by enthusiasts as "Crabs", although the term "Horwich mogul" was the preferred LMS epithet. Several authors have claimed that the vernacular refers to the resemblance to a crab's pincers of the outside cylinders and valve motion. Another suggestion is that the nickname refers to the "scuttling" motion felt on the footplate when the engine is being worked hard, due largely to the inclined cylinders, producing a sensation that it is walking along the track.

Designed by George Hughes, Chief Mechanical Engineer of the LMS, and built at the ex-L&YR works at Horwich and the ex-LNWR works at Crewe, they were put into service by his successor, Henry Fowler. The design incorporated a number of advanced features for the time such as long travel valves, compensated brake gear, a new design of tender and a new boiler, the latter based on the one fitted to Hughes' four-cylinder Baltic tank locomotives built at Horwich.

Fowler tried to have the design altered to use standard Derby components. However the design process and pre-production were sufficiently advanced to prevent the fitting of a smaller Derby pattern boiler, and the cylinders and motion also remained as designed by Hughes. The tender was however replaced by a Derby standard type, which was narrower than the loco cab. Standard Midland Railway boiler fittings and brake equipment were also substituted, and the class became something of a hybrid design. Nevertheless they performed rather well in most circumstances and gained a strong reputation in some areas, especially in Scotland, where they became the preferred locomotive for heavy unfitted mineral work on difficult routes, even after the introduction of the Stanier mixed traffic 4-6-0s.

Withdrawals commenced in 1961, with the final members of the class ceasing operation in 1967. Three locomotives survive, one of which is operational, one is a static museum exhibit and one is undergoing restoration.