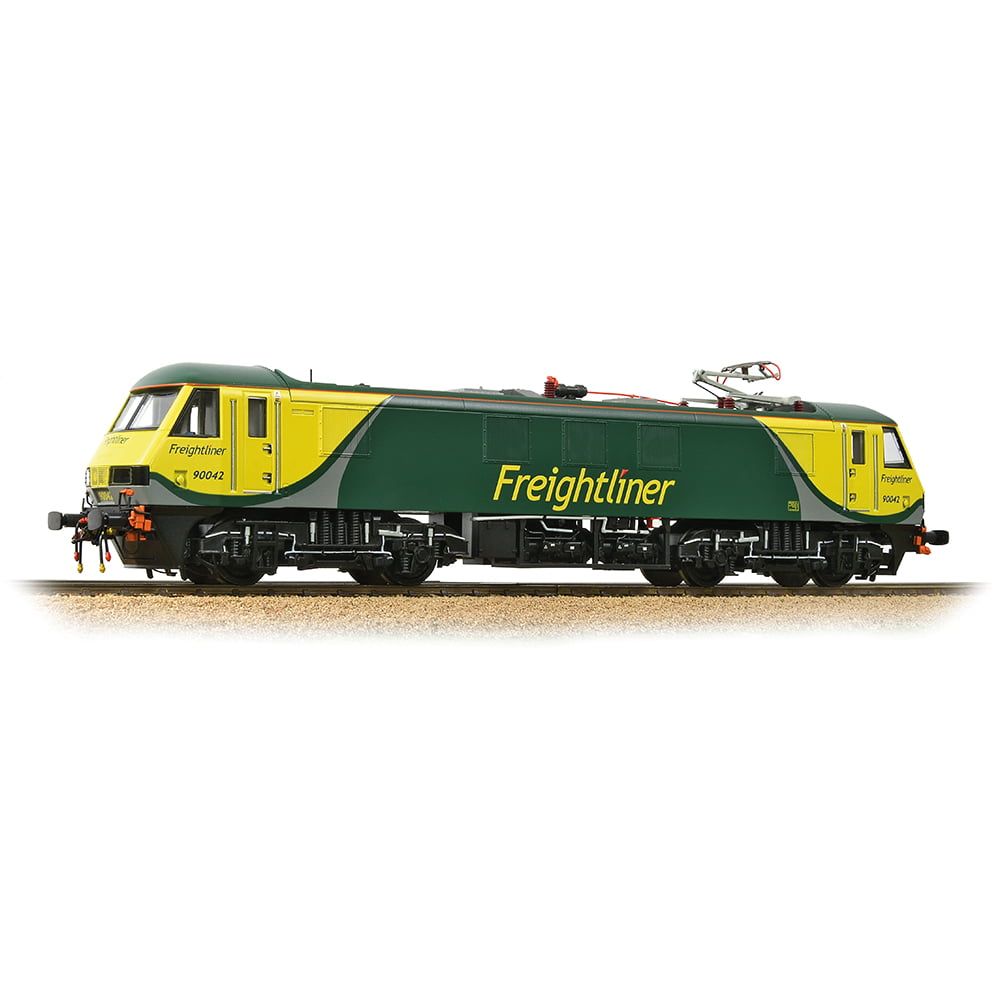 £179.95
Out of stock
Notify me
Details
Delivery
Why Buy From Us?

The British Rail Class 90 electric locomotives were built by British Rail Engineering Limited at Crewe Works 1987-1990, weigh 84.5 tonnes and have a top design speed of 110 mph (177 km/h). They operate from 25 kV AC overhead lines and produce 5,000 bhp (3,700 kW). The class is employed on express passenger and heavy freight trains.  The fifty class members were constructed in the late 1980s, numbered 90001-050. They were developed from the Class 87, with many improvements and new features, and were initially classified as the Class 87/2 prior to production, however, due to many visual and technical differences, they were reclassified as Class 90.

They were primarily built to replace the ageing Class 81 -85s which could then be retired, and to replace Class 86s on express passenger work on the West Coast Main Line.  In addition, the locos were designed to work in push-pull mode with new Driving Van Trailers (DVTs), which reduced the need for shunt-release locomotives or for the loco to run-round at destinations including Euston, Glasgow, Manchester, Liverpool, Preston, Wolverhampton and Birmingham, for example.

Class 90s have operated for freight and passenger operators, including InterCity West Coast, Virgin, Anglia Railways, One Anglia, National Express, Abellio, Deutsche Bahn, EWS, Freightliner and have been sub-leased to GNER, LNER and ScotRail/ SERCO Caledonian Sleeper.  They have also appeared in various one-off liveries such as Malcolm Logistics, SNCF and SNCB.