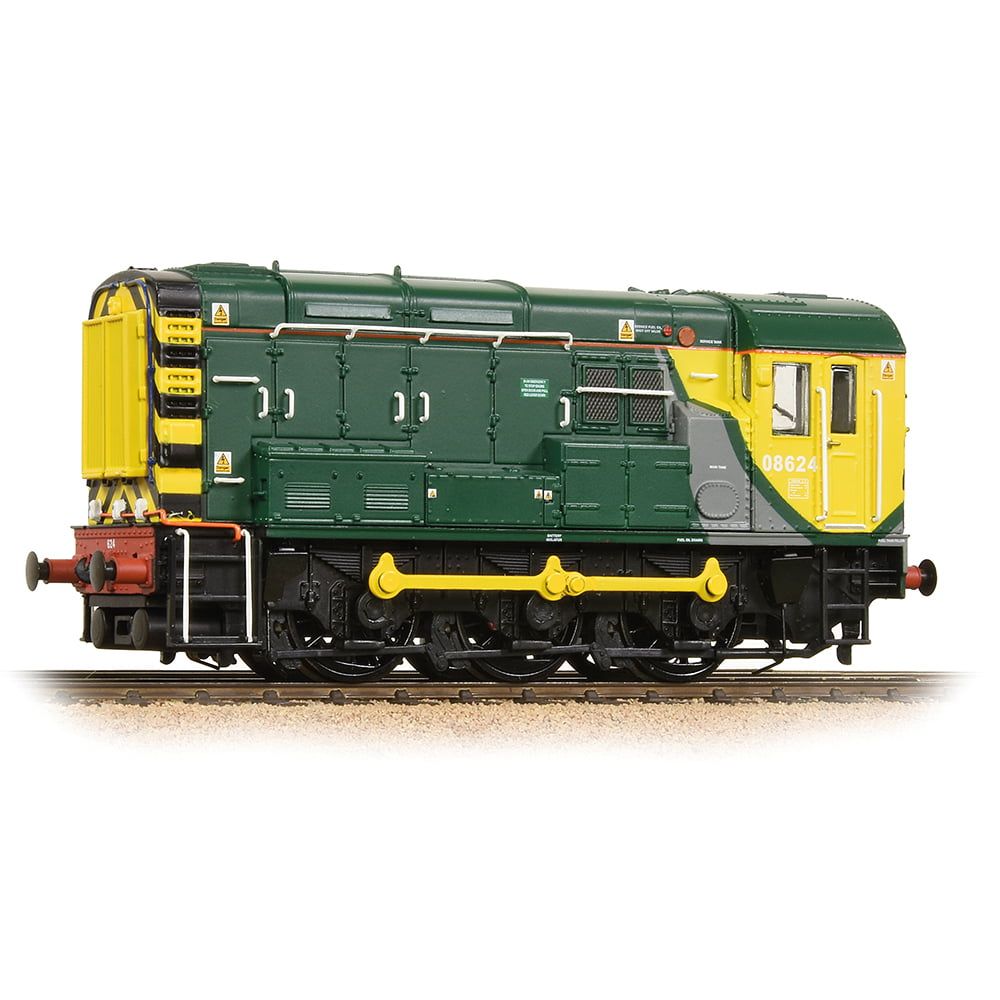 £124.96
Out of stock
Notify me
Details
Delivery
Why Buy From Us?

The London Midland & Scottish Railway first experimented with diesel shunting locomotives in 1932. It soon became apparent that for shunting purposes, this form of traction offered substantial savings in money and manpower. Before this, steam locos had to be kept at the ready, even when not required immediately. Train crews had to stay on the locos during long breaks in operations. In this respect, the diesel shunters had a significant advantage; they could be started and shut down as and when required, allowing more flexible working practices.

A standard design of 0-6-0 shunter had been developed by LMS, and in 1948 British Railways adopted this as the mainstay of its shunting fleet albeit after carrying out further alterations and improvements. A total of 996 units were constructed making it the most numerous of all British locomotive classes. These locos were designated Class 08 under the 1968 TOPs classification. They appear on many of the preserved standard gauge lines in Britain with over 60 locomotives preserved.

Class 08 locomotives were the universal BR shunting engine and allocated to all regions.  They operated for EWS, DB, Freightliner, GBRailfreight, First Great Western, Virgin Trains and many other train companies post-privatisation as well as finding further employment in industry working for the National Coal Board, and at oil refineries, quarries and railfreight terminals, to give just a few examples.