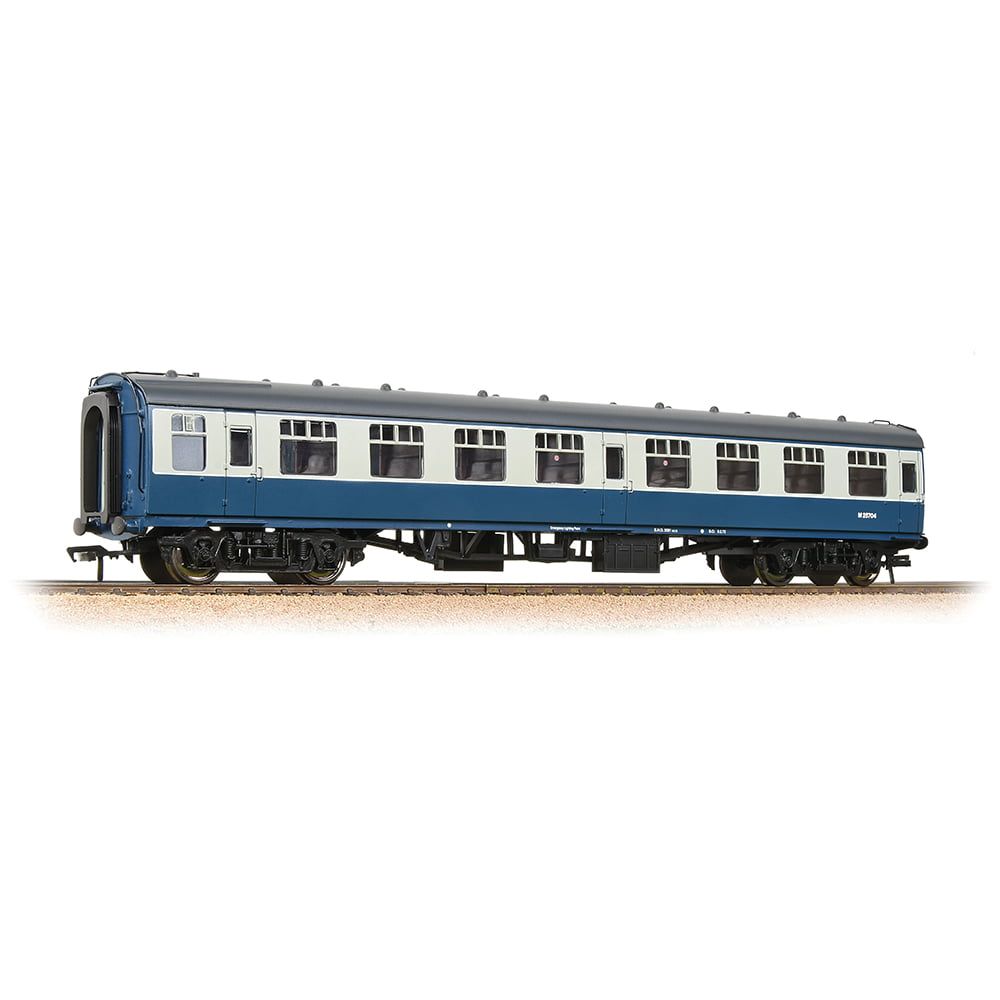 £47.95
Out of stock
Notify me
Details
Delivery
Why Buy From Us?

BR Mark 1 coaching stock was the first standardised design of railway carriages built by British Railways (BR) post-nationalisation in 1948, the family of locomotive hauled passenger coaches being constructed from 1951 until 1963 to augment and replace the array of ‘Big Four’ and earlier ‘pre-grouping’ designs inherited from the LMS, LNER, GWR and SR. Non-passenger carrying Mk1s and multiple units based on the Mk1 concept continued in production until 1974.

Today, Mk1 coaches are used for charter services on the main line, by the likes of West Coast Railway Company, or on preserved railways such as the Severn Valley Railway, West Somerset, North Yorkshire Moors, East Lancashire and Spa Valley lines, to name but a few.

Mk1 coaches were built at many BR workshops as well as by outside contractors including Metro-Cammell, Cravens, and Gloucester RCW. An extensive range of vehicles was introduced to cover all manner of traffic demands and mixed uses that the railway took in its stride in the 1950s: from buffet counter catering to full restaurant service, First and Second Class accommodation including composite vehicles with some of each, guards’ brake vans and luggage/ newspapers/ parcels/ animal space, sleeping cars, various general merchandise and specialised Post Office vans and niche use vehicles constructed in small numbers such as horse boxes. These non-passenger vehicles were shorter in length (usually at 57 feet) than the standard 63 feet of their passenger counterparts.

The more common types that made up the majority of express and secondary passenger trains include First and Second Class, Composite, Open and Corridor, Suburban (compartment only), Brake, Buffet, Restaurant, and Sleeping cars. The study of prototypical train formations is an entire subject, and Bachmann Branchline provides the range of models to create these trains in model form.

During their working lives, Mk1 coaches have formed the backbone of all locomotive-hauled BR services at one time or another, until replacement by later Mk2 coaches, or multiple unit stock, in the case of many of the Mk1 Suburban non-corridor fleet. Many famous named trains such as the Flying Scotsman, Belfast Boat Express (a late steam turn that lasted into 1968), The Cornishman, Irish Mail, Thames-Clyde Express, Atlantic Coast Express (ACE), The Waverley, the Caledonian, Devonian, Mayflower and Master Cutler all comprised Mk1 coaches when newly introduced. In other cases they ran within or alongside train formations such as the Yorkshire Pullman, and made up the then numerous sleeper services that covered the length and breadth of the sixties railway network during the hours of darkness.

Passenger coaching stock has continually developed to offer greater standards of comfort and safety to the travelling public, as well as catering for the evolving needs of the railway operating companies. No matter in what historical period your modelling interest lies, we will be sure to have something appropriate to provide passenger accommodation on your layout.