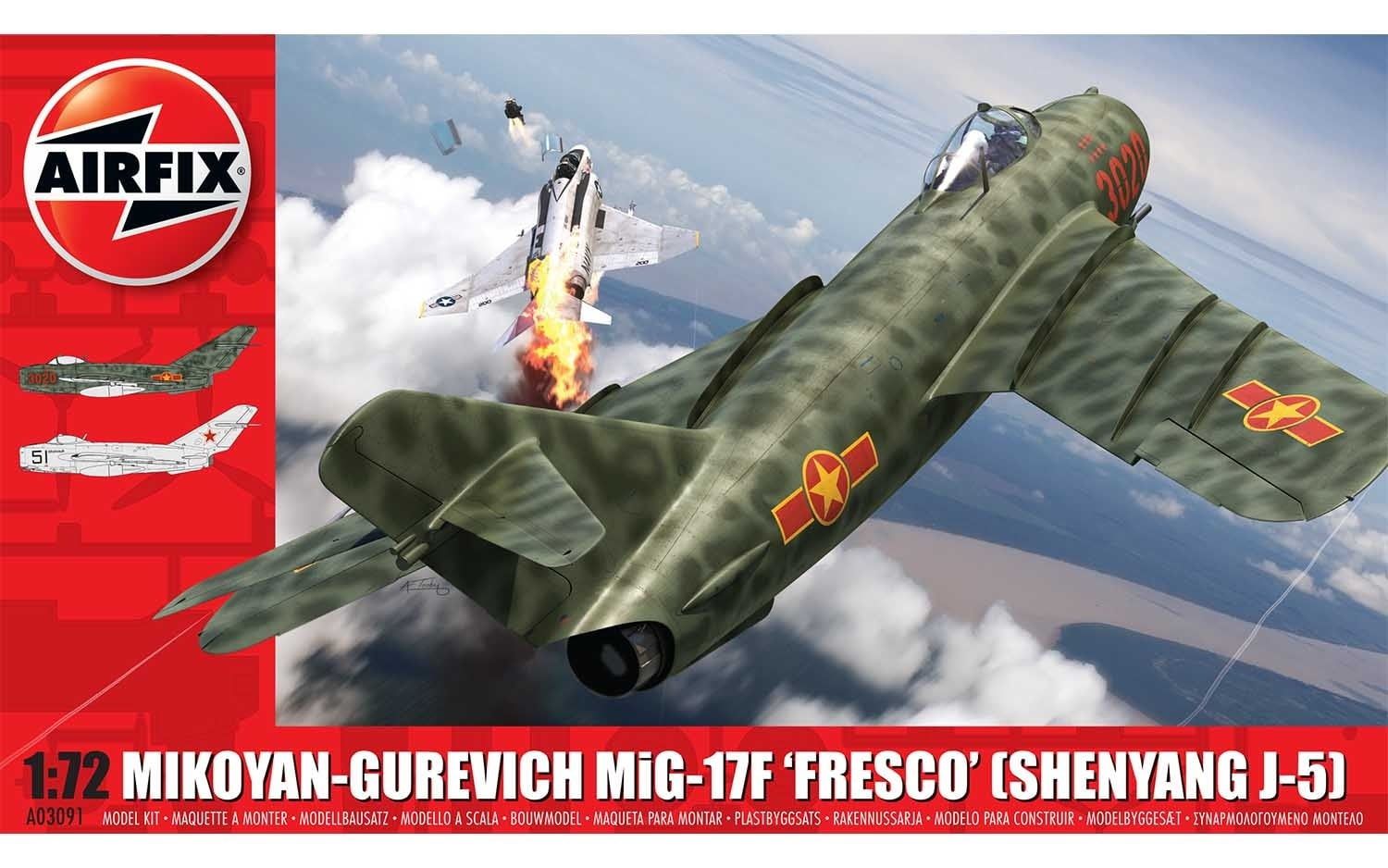 The Mikoyan-Gurevich MiG-17 is a high-subsonic fighter aircraft produced in the USSR from 1952 and operated by numerous air forces in many variants. It is an advanced development of the similar looking MiG-15 of the Korean War. MiG-17s first saw combat in 1958 in the Second Taiwan Strait Crisis and later proved to be an effective threat against more modern supersonic fighters of the United States in the Vietnam War. It was also briefly known as the Type 38 by U.S. Air Force designation prior to the development of NATO codes.

While the MiG-15bis introduced swept wings to air combat over Korea, the Mikoyan-Gurevich design bureau had already begun work on its replacement in 1949 (originally the MiG-15bis45) in order to fix any problems found with the MiG-15 in combat.The result was one of the most successful transonic fighters introduced before the advent of true supersonic types such as the Mikoyan-Gurevich MiG-19 and North American F-100 Super Sabre. The design would ultimately still prove effective into the 1960s when pressed into subsonic dogfights over Vietnam against much faster planes which were not optimized for maneuvering in such slower speed, short-range engagements.

The basic MiG-17 was a general-purpose day fighter, armed with three cannons and considered to be most effective in action against enemy aircraft. It could also act as a fighter-bomber, but its bombload was considered light relative to other aircraft of the time, and it usually carried additional fuel tanks instead of bombs. An extremely cost effective aircraft, it was an attractive fighter option for many of the world’s smaller air forces and more than thirty overseas nations would eventually operate the type. Perversely, for a nation against which the MiG-17 was designed to combat, America would become home to significant numbers of these aircraft, most coming into the hands of private collectors, but a small number used in dissimilar aircraft trials and to perfect combat techniques against smaller, more agile jet fighters. Two beautifully restored examples have also been popular display performers on the US Airshow circuit over the years.

These Airfix model aircraft kits will require paints and glue to complete.